​Feedback from our clients 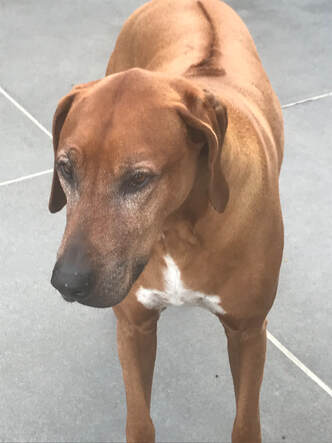 I meet Jacqui when she worked with Holistic Vets in Tauranga. I have a 9+ year old Rhodesian Ridgeback called Kyser who has had health issues for many years including numerous mast cell tumour removals. His overall wellbeing was not great so Jacqui recommended a Phytotincture to support his system, which he has now been taking for a couple of years. This improved his overall wellbeing considerably and Kyser became a much stronger dog. Unfortunately the inevitable happened last August when we discovered the cancer has spread internally. This was devastating news but Jacqui worked with me to provide a range of additional supplements to support him and 9 months later he remains strong.  I don’t know how long Kyser will be with me, but I believe that without the holistic support, our journey together may already have ended. Jacqui is very passionate about her treatments. Her positivity and honesty makes her great to work with and I would highly recommend her.
Pewter 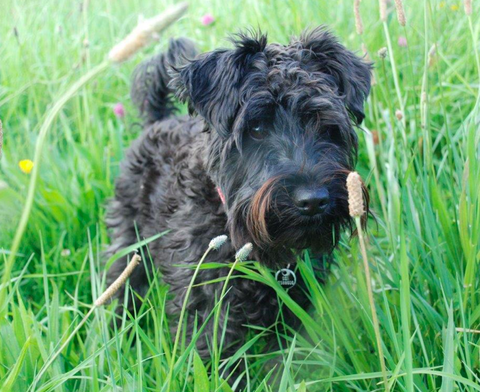 My black mini snulzer, with a hint of poodle is my first dog.  She is a cheeky, gentle and fun-loving dog. I am still asked, at aged 8 years “how old is your puppy?”  It has been a long journey with intolerance to some foods, pancreatic rumblings/flare ups, dull fur that in one area had turned from glossy black to a light grey, with patches of hard lumps on very dry flaky skin and itchy inflamed feet pads, then I met Jacqui, a few years ago.
Jacqui has demonstrated a genuine on-going enthusiasm, with a curiosity and enquiring mind, constantly growing her knowledge and bringing a genuine holistic approach with much kindness; a genuine approach that fits with my dog’s wellbeing rather than one size fits all.

She is a dog that cannot be made 100%, but is a matter of on-going maintenance.  Recently leaky gut has also been added into the mix.  Under Jacqui’s guidance, she has returned to being, a black glossy haired dog, the imploding and scabby lumps are no longer present, and the itchy feet have resolved.
It is an on-going process of elimination trying to find things that her sensitive digestive system will tolerate, which is not easy in light of the mix of her symptoms.  It is a bunch of conditions that takes patience and careful consideration that Jacqui offers. Nothing gives me greater pleasure than when my dog shows me that she is happy.  We want our pets to be healthy and well.  An agenda that Jacqui shares.
Suzanne; Dec 2019
Louie 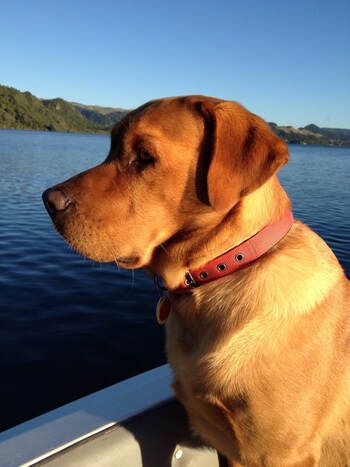 I am very happy to be able to write a testimonial for Jacqui Snell.
Jacqui has been attending my 2 Labrador dogs since May 2019 when she commenced practising in my area, where she also resides. For me her holistic approach made all the sense in the world, mainly because we had not been able to source this in Rotorua and it is all about common sense and what chemicals and preservatives I perceive to be in many of the dog foods that you buy today. I have taken on board all that Jacqui has told me and indeed prescribed for my 2 dogs and they are in excellent health as a result. My older dog Louie had such bad hip dysplasia that I considered putting him down last Christmas, but due to Jacqui’s dietary changes with unprocessed meat, vegetables and herbal based remedies, phytomedicine tincture, Antinol (Green lipped mussel extract) and most important the anti inflammatory boswellia complex he is enjoying life today.
I didn’t think the dogs would eat the vegetables but I chop up kale, spinach, broccoli, carrots, kumara, pumpkin, silver beet, and boil this up with a little chicken stock added, then part process this, and they cant get enough of it!
Recently Jacqui also gave the older dog Louie 4 stem cell transfusions and he is really doing well with no apparent pain.
I consider myself and my dogs so fortunate to have Jacqui looking after them and would highly recommend her services to anyone who loves their pets! 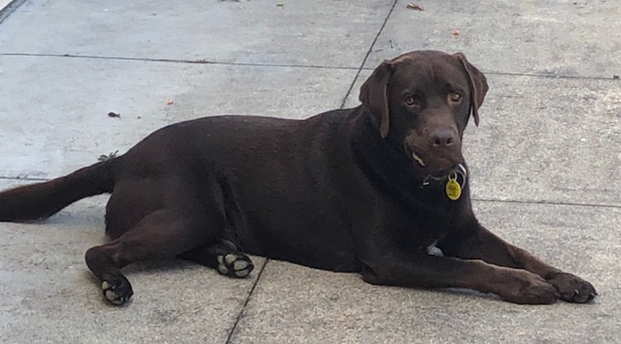 In July 2019 Floyd suffered his first violent seizure, and then 10 days later suffered another one, not a very nice thing to watch. After taking Floyd to the vet and being diagnosed with Epilepsy, and told that he would have to take a tablet every day, and it would probably shorten his life and effect his liver, got me wondering if there was a natural form of treatment, and a goggle search came up with Jacqui Snell.

Jacqui has changed not only Floyd’s life but mine too. After 3 months of Floyd being on herbal supplements, vitamins, minerals and essential fatty acids suggested by Jacqui along with changing his diet to a raw one, Floyd suffered another seizure. This seizure was half the intensity of the first 2, recovery time for Floyd (and me) was instant.

Although you never want to see your pets suffer, it was good to see what we are doing is working.

Jacqui was very thorough with Floyd’s initial consultation, and follow up support has been awesome. 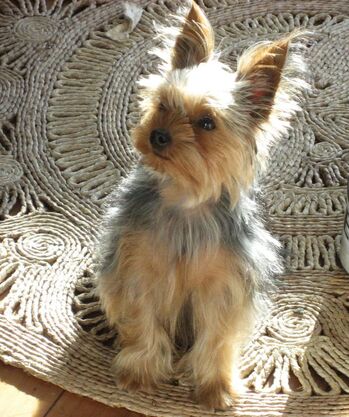 Just prior to Christmas our tiny Yorkshire Terrier Gonzo was diagnosed with GME (Granulomatous Meningoencephalitis - an inflammatory disease of the central nervous system) by Massey Vets. After a spell in the ICU and course of Chemotherapy we were very grateful to have Gonzo home again. Administering Prednisone daily to keep the horrific GME symptoms at bay, little Gonzo experienced the unpleasant steroidal side-effects; bloating, lethargy, confusion and frequent urination to name a few. In the hope of returning some quality of life to Gonzo, we sought alternative therapies and found Jacqui, who tailored a unique herbal regime for him. After only a few weeks, we noticed an enormous change in his energy levels, he was bouncy, full of life and tearing around the garden! We have been able to reduce the steroids to an extremely low dose and he is in better health than he has ever been. 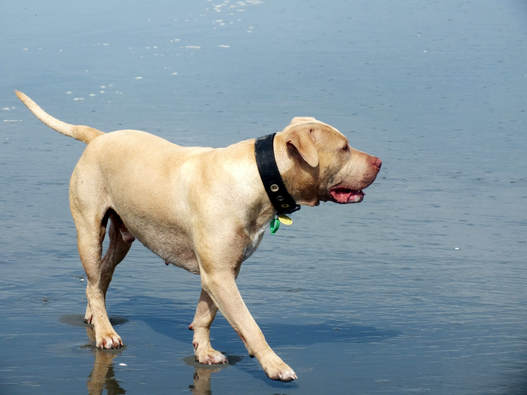 “After the initial shock of learning Bruce had diabetes, 6 years ago, I knew it was my responsibility to give my boy the best life possible not really knowing how much of a commitment it would be.

With the help of my vet in Christchurch and soon realising the costs involved, I took it upon myself to monitor and do all blood testing etc at home then relay the info to the vet.

Being a very fussy and temperamental eater it was hard work as his levels were all over the show and there were some very close calls.
While I always felt like I was managing his diabetes I never felt like it was under control.
Frequent vet visits and long courses of antibiotics seemed liked the norm in the seemingly endless battle to give him the best life possible.

Moving back north seemed to make things worse with the warmer humid temperatures and at one point I thought that the never ending battle with sores on his feet could spell the end of the road for Bruce.

When Jacqui become involved I knew straight away that she was awesome for Bruce. With her genuine caring attitude, holistic approach & thinking outside the box I knew she could help him.  After introducing herbal remedies, stem cell treatment and a change in diet, the results were mind blowing!
His feet healed up amazingly and Bruce had a spring in his step I hadn’t seen in a long time and it has stayed this way ever since.
It got to a point where the vet couldn’t give me any more insulin as they hadn’t seen Bruce for so long. It was very delightful.

I would recommend the holistic approach to anyone with a pet in need in particular Jacqui and the team at Holistic Vets. I wouldn’t go anywhere else.
Such genuine caring animal lovers who aren’t in it to make a profit like a lot of vet clinics I’ve come across over the years.

Thank you so much for helping Bruce have the best life possible. It means the world to me.” 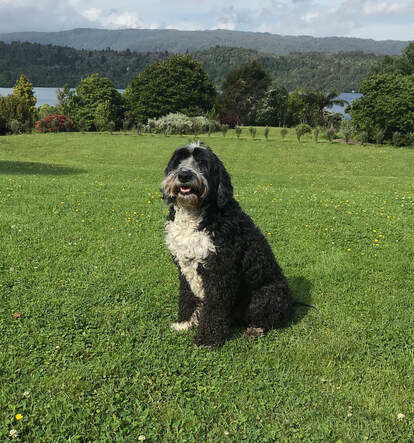 "We noticed our 6 year old Labraspoodle, Clive was looking stiff when he went from sitting to standing and was occasionally crying when his upper back was touched. We reached out to Jacqui who could immediately see he had pulled a muscle in his upper back and had pain in his hips.

Jacqui firstly treated the muscle and once this was sorted focused on the hips which were still painful. Jacqui educated us on inflammatory foods to avoid (we were feeding Clive raw meat that contained preservatives and biscuits) and designed a new food regime including herbal medicine.

​Two months after adopting this plan Clive has no detectable pain in his hips. He is bouncing around and seems a lot freer in his movement. Jacqui's advice was amazingly detailed and insightful and her remote consultation model exceeded our expectations".
​
Claire Stewart 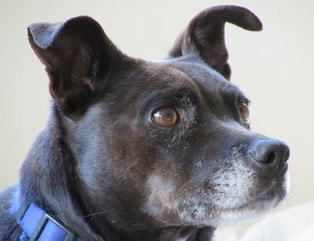 "As we adjusted our pace to suit our ageing senior dog, we felt sorry for the constraint on the younger Bunty. On the demise of her elder, we picked up our pace and were alarmed to find Bunty limping first on one rear leg, then the other. Xrays disclosed bilateral hip dysplasia, a worrying diagnosis at only 9 years of age.

We were very fortunate to meet Dr Jacqui Snell with her dogs who were bounding through the bush.

One of these was 13 years old and Jacqui told us she controls his arthritis with a turmeric compound. After a very thorough examination, she prescribed a similar regime for Bunty.

Since starting on this regime, Bunty's limp has disappeared, she is eager for walks and playful with (approved) other dogs. We are sure that the improvement is due to the holistic care given by Dr Snell." 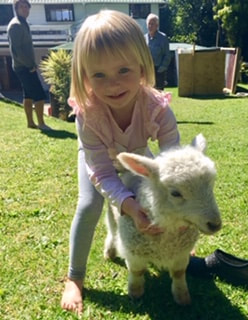 Barbara arrived as one day old lamb, she was in great health until she received her vaccinations, tail docking and drenching regime a month later.  The deterioration after this was undertaken was rapid, within 48 hours she couldn't walk or eat.  On examination her joints were swollen and painful, her breathing was laboured (pneumonia was a possible diagnosis) and her temperature was elevated.

"Jacqui’s recommendation was to start conventional and complimentary medications. Within 24 hours there was a significant improvement in Barbara’s breathing, joints and her general well-being. I feel the tincture Jacqui prescribed had a huge impact on Barbara’s recovery and long term health.  She was maintained on the tincture for another month after the conventional treatments had finished.

In my opinion I think Jacqui is a fantastic vet and combined with her knowledge of holistic therapies she worked her magic on Barbara for which I am eternally grateful."

Debbie Morris, 2018
Bella
​Late last year I was temporarily unable to drive and my cat Bella needed a vaccination.  I was very grateful Jacqui Snell made a house call to give her the injection.  Bella does not like being handled at the best of times due to an injury, Jacqui was gentle and very caring and was able to pick her up and examine her, I have never seen Bella so relaxed.

Not only did Jacqui give her the injection, Bella had a thorough examination, as a result she was given a holistic remedy, which she has been taking since last October.  Bella is a different cat altogether, her coat is beautifully shiny; she looks really well and behaves like a young cat again.

I cannot recommend Jacqui more highly – she is a brilliant vet."


Libby Fletcher, 2018
Coco
My West Highland Terrier has been treated by Jacqui over the course of this year. My Westie Coco, has had skin and compromised immunity which has been supported with the help of remedies that Jacqui has prescribed and made for her. Jacqui is an excellent vet and holistic practitioner that I am happy to recommend.She is caring and happy to share her knowledge.
​
Carleen, 2018